I recently sat down with Age of Empires IV on PC and have logged roughly 20 hours into the game so far. Today I’ll be sharing my early impressions on the game, and discussing whether or not I believe it’s worth picking up for history buffs, RTS noobs, and long-time fans of the series.

So, for those who have never played any game in the series (or perhaps any RTS game overall), what exactly is Age of Empires? Well, first and foremost, it’s a strategy game where players manage and grow their civilizations, waging war on opposing forces looking to claim land and power as their own. While the series first began in 1997, there hasn’t been a new game in the series since 2005, though players were tided over with HD remasters and various new editions. Age of Empires IV is the first truly new installment into the franchise in over fifteen years. 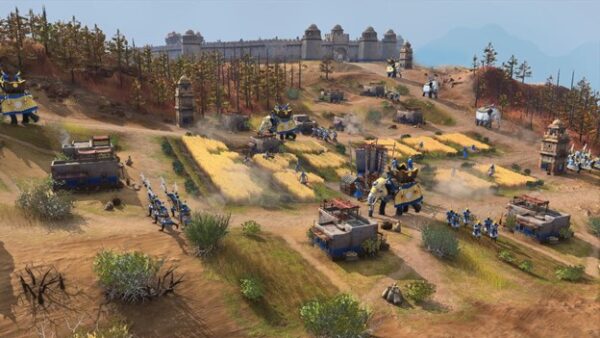 The biggest and most noticeable change made in this new installment is the overall presentation. Everything from the title screen to the menus look great, offering an easy-to-navigate menu system with plenty of options. The game, overall, looks great as well, with the graphics stepping lightyears beyond what Age of Empire III had to offer. And while the game isn’t quite graphically perfect, it still looks good compared to other modern RTS games. Live-action segments break up the game’s campaign mode, and these all look fantastic. As a bonus, these segments dive into the history behind the various civilizations, something that history buffs are sure to appreciate. 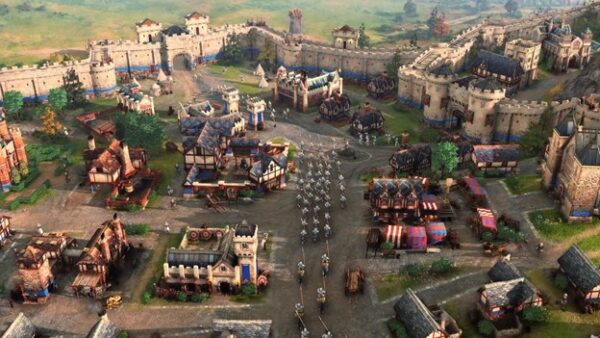 One aspect of Age of Empires IV that I particularly enjoy and appreciate is how each civilization feels extremely different from the last. The base game features eight civilizations, including the English, Chinese, Mongols, Delhi Sultanate, French, Abbassid Dynasty, Holy Roman Empire, and Rus. While eight is less than previous games (Age of Empires II started with 13 and eventually grew to a whopping 39 after all expansion packs), each one seems to offer even more unique traits than in previous installments. Of course, players can expect this number to grow over time with DLC.

I really appreciate how unique each civilization feels, with some having wildly different traits than others. Players can completely change up their strategies depending on the civilization and how they use different traits and attributes. For example, the English are the most straightforward nation to play as, with decent but relatively straightforward perks including faster farming speeds, faster attacking speeds, and a few others. English is definitely the “starter,” offering the most vanilla Age of Empires experience for newcomers to the series.

Alternatively, the Mongols offer a wildly different experience to players. Being a nomadic nation, the Mongols have the unique ability to pack up all of their buildings and relocate to anywhere else on the map. This allows players to move their nation to more resource-rich areas and flee from danger. Additionally, Mongols begin with a maxed-out population from the very start, meaning that they have no need for houses. I found that these two nations provided incredibly different gameplay experiences, making for an immense amount of replayability. Speaking of gameplay, Age of Empires IV plays basically the same as previous titles in the series. Anyone familiar with the first three games will feel right at home with this one, as most mechanics are left pretty much unchanged. I personally never played a ton of the older games, so I can’t quite dive too deep into what’s changed, but being somewhat familiar with the overall series, Age of Empires IV certainly felt like the older titles, but with a modernized twist.

For young gamers who want something brand new, Age of Empires IV might feel a tad bit archaic and old school. But for long-time fans of the series, this game is likely exactly what they’re looking for. 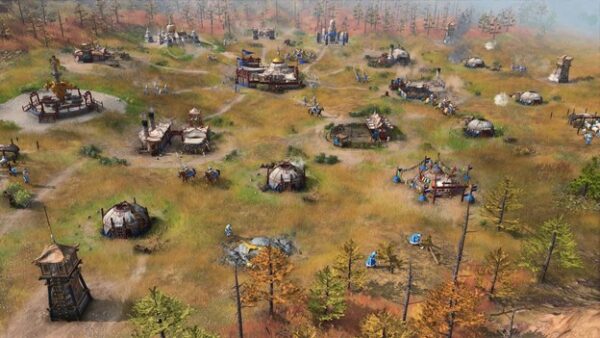 Age of Empires IV offers several campaigns, an offline Skirmish mode, and online multiplayer. Admittedly, I mostly played online with friends and just barely dipped my toes into the campaign. But from my understanding, there are four different campaigns to play through – the Norman War, the 100 Years War, the Rise of Moscow, and the Mongol Empire. Overall, there are 25 missions to play through, which is a solid amount of content at launch. 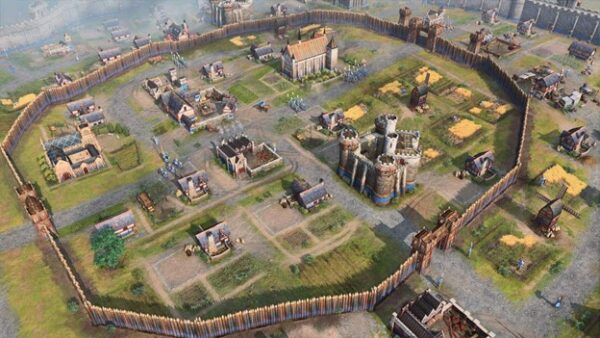 So far, Age of Empires IV has proven an enjoyable experience that, I feel, is worth sinking more time into. I plan to play through all of the game’s campaigns and will likely have a more fully formed opinion of this title and its quality by then.

Age of Empires IV feels like a great new installment into the series, albeit one that may not explore a ton of new ground. But at the same time, it doesn’t need to — if you’re someone who grew up with the series or are interested in trying a more old-school RTS game, then Age of Empires IV might be perfect for you.

Age of Empires IV is available for purchase on the Steam Store and Microsoft’s Xbox Store; alternatively, users with an Xbox Game Pass subscription can download it now for free.

At Epoch XP, we specialize in creating compelling narratives and provide research to give your game the kind of details that engage your players and create a resonant world they want to spend time in. If you are interested in learning more about our gaming research services, book you consultation today