‘Arma 3’ Returns to the Cold War with New DLC 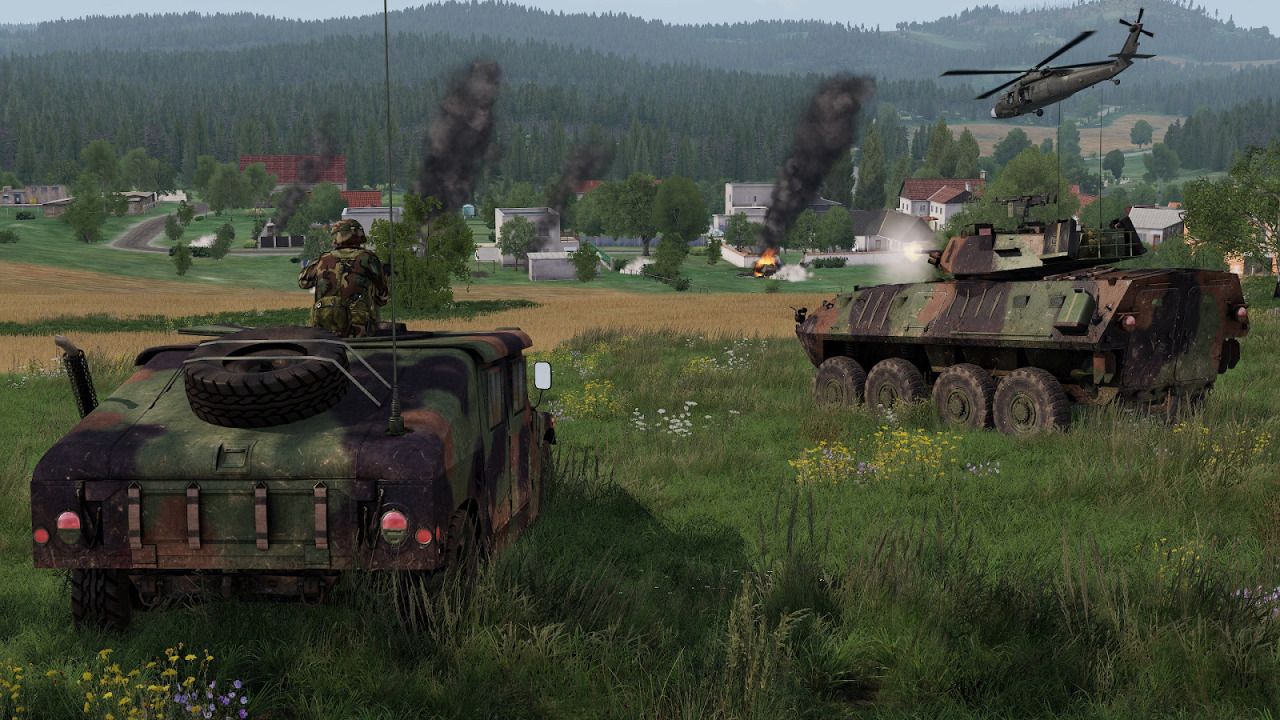 On June 16th, Arma 3 developer Bohemia Interactive released the CSLA Iron Curtain DLC. The new DLC brings players back to the Cold War in the 1980s, giving them a first-hand look at life in Czechoslovakia and the heavily-guarded border by the Federal Republic of Germany. CSLA Iron Curtain serves as a “what-if” scenario, depicting an armed conflict between the East and the West. Players will have access to new weapons, vehicles, and scenarios that the conflict will unravel in. Alongside overall additions to gameplay, three new factions and a map have been included as well. With a sling of new features and additions, the new DLC promises an entertaining, historically-grounded experience for Arma 3 players looking for new content.

A Massive Military Experience set During the Cold War

CSLA Iron Curtain will introduce a new side of the Cold War that many haven’t seen or know all too well. CSLA is an abbreviation for “Československá lidová armáda” in Czech and “Československá ľudová armáda” in Slovak. It refers to the Czechoslovak People’s Army, which was the armed forces of the Czechoslovak Socialist Republic from 1954 until 1990. Players can play as this faction alongside the United States and local rebel fighters. With the conflict taking place within the borders of Czechoslovakia, players can be a part of 9 single-player scenarios depicting various armed confrontations in the Gabreta region, one single-player Showcase scenario, and nine multiplayer scenarios, such as Zeus, Warlords, co-op, team deathmatch, and more.

With new ground to set foot in, new weapons and armored vehicles, all historically authentic to the era, have been added to help supply players. Players have a bevy of choices, from a mix of classic pistols, rifles, and launchers (with a large variety of weapon attachments), including the FAL and Sa-58 assault rifles, XM177 Carbine, and M1911 pistol. Various ground, air, and water vehicles such as the T-72 Main Battle tank, M113 and OT-62 APCs, and Mi-17 and UH-60 transport helicopters give ample transportation options on the battlefield. With the large surplus of weaponry, vehicles, factions, and scenarios, the new expansion builds upon the already massive military sandbox. It ushers in a sense of realism for players to take in, with great attention to detail revolving around the real war that this DLC pulls from.

Expanding Upon a Realistic Military Sandbox

With the new features and additions that CSLA Iron Curtain has brought along with its release, it continues to build upon Arma 3’s realistic, ever-changing experience that brings players together in conflict. With CSLA Iron Curtain, players can look forward to new gameplay and arsenal options. The game does its best to remain true to its historical background and roots, giving players a sense of realism while playing as soldiers in the tight borders of Czechoslovakia during the Cold War. As with this new expansion, many other Arma 3 DLC give similar experiences. With third-party developers and fans supporting the game, it pushes the massive military sandbox to extraordinary heights, bringing it face to face with players approaching the game for the first time and those returning to it.

(This article is credited to Josh Rife. Josh has been a longtime gamer, playing games from vast amounts of genres. From Sci-Fi to historical or fantastical medieval games, he enjoys playing and discussing them with others. Some of his particular favorites include the Mass Effect series and the Total War franchise. He’s working towards writing and researching history as a full-time career, taking inspiration from his parents, who own Epoch’s parent company, SJR Research).