Board Games about the Battle of Budapest, 1945 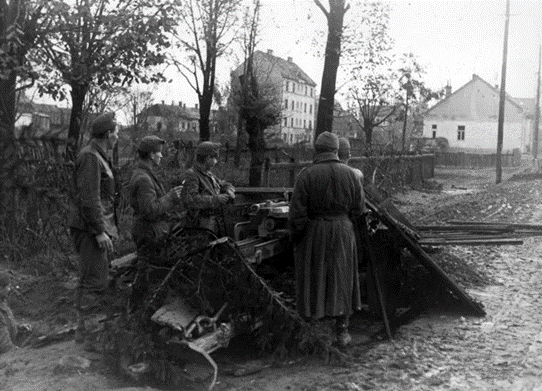 Until recently, the Battle of Budapest was little known in the West, mainly due to a lack of reliable historical sources available. Since the end of the Cold War, however, this has changed, especially with the release of the book The Siege of Budapest, 100 Days in World War II, by Krisztián Ungváry. The author has read it and if you have any sort of interest in this battle, this is the book to read first.

Since the sources have improved and more sources become available, we’ve seen a much clearer picture of the 100-day fight for the city and the four separate attempts by the Germans to relieve the city. All of this conspired to make a true hell on earth that some historians have said is worse than Stalingrad. In the end, 80,000 Soviets soldiers, as well as 38,000 German and Hungarian soldiers and another 38,000 Hungarian civilians lost their lives. It was truly a vicious fight to the last and definitely one worthy of being the subject of some boardgames.

So, what’s out there for the discerning wargamer?

Like most of the games about fighting, this game is centered around the attempts to relieve Budapest through the various German offensives (Konrads I-III and Spring Awakening), all of which failed. By the end of January 1945, no more efforts were made to relieve the city, with it finally falling to the Russians on the 14th of February after an abortive breakout attempt.

I own the game, but haven’t had a chance to play it. I will say, graphically, it looks very good, with well laid-out counters, maps, and play aids. This was, admittedly, a “grail game” of mine, and I was glad I finally got a copy. I have read the rules and some of them are a bit confusing, but I was told some house rules can polish this rough gem of an experience. The situation is a desperate one on both sides, as both sides are playing “beat the clock” from the outset, with the Russians trying to take Budapest before the end of the game and the Germans trying to relieve Budapest before the Russians take the city or the game ends.

While the game is out of print, it’s available on Board Game Geek, but it’s a bit pricy. I am happy to say that there is a VASSAL module for the game, so online play is an option. I’d definitely recommend Bitter End, even with its minor issues.

I have not failed to like a single game from Against the Odds, and this is no exception. One of the few operational games about the battle for the city, the game itself is a visual feast and I was very impressed with it. The map itself is based on a 1943 map of the city and it just exudes period feel. As for the game itself, it’s a slog, no question about this, and there’s not much in the way of tension, but it does demonstrate what a nightmare urban combat truly is. But it’s a mental endurance exercise to play. Quick, this game is not. I still recommend it, but expect to be in this game for the long haul.

The good news is that the game is more than available from ATO as a back issue, and between the game and the well-researched articles about the battle itself, I’d say it’s well worth the purchase price.

Part of the excellent Gamer’s/MMP Operational Combat Series (OCS), Hungarian Rhapsody is one of the first wargames about the entire campaign written by a Hungarian designer. I would say this is very important as well. They can certainly access sources most of the English-speaking community cannot. He also met with Mr. Ungváry about the game, especially the Budapest portions. The game went through a nine-year development process, five of those being playtests. It’s a testament to how much work that went into this game. It’s a game that covers the entire Hungarian campaign from the Summer of 1944 to the beginning of 1945, and it’s a game I’d certainly love to get my hand on.  The scope of the game is impressive, as taken from the designer’s website:

It’s a hefty pricetag at $140, but it is well worth the effort and time that was put into this project, but it can be found cheaper through Board Game Geek and ebay. There is also a VASSAL module that facilitates online play. All in all, this was a gargantuan effort that I hope I get a chance to play soon.

In an unrelated note, I wish to inform you all this will be my final article for the Epoch Xperience blog. I’m not leaving Epoch XP, but being asked to take over another large project you’ll be hearing about very soon. I am certainly very excited about it and hope you will be too once I get a chance to reveal what it is. Be patient, I promise it will be worth the wait. It’s been a pleasure to share my thoughts about wargaming and to hear your responses to my work on social media.

I hope the discussion continues, and, as always, Good Gaming, Everyone.