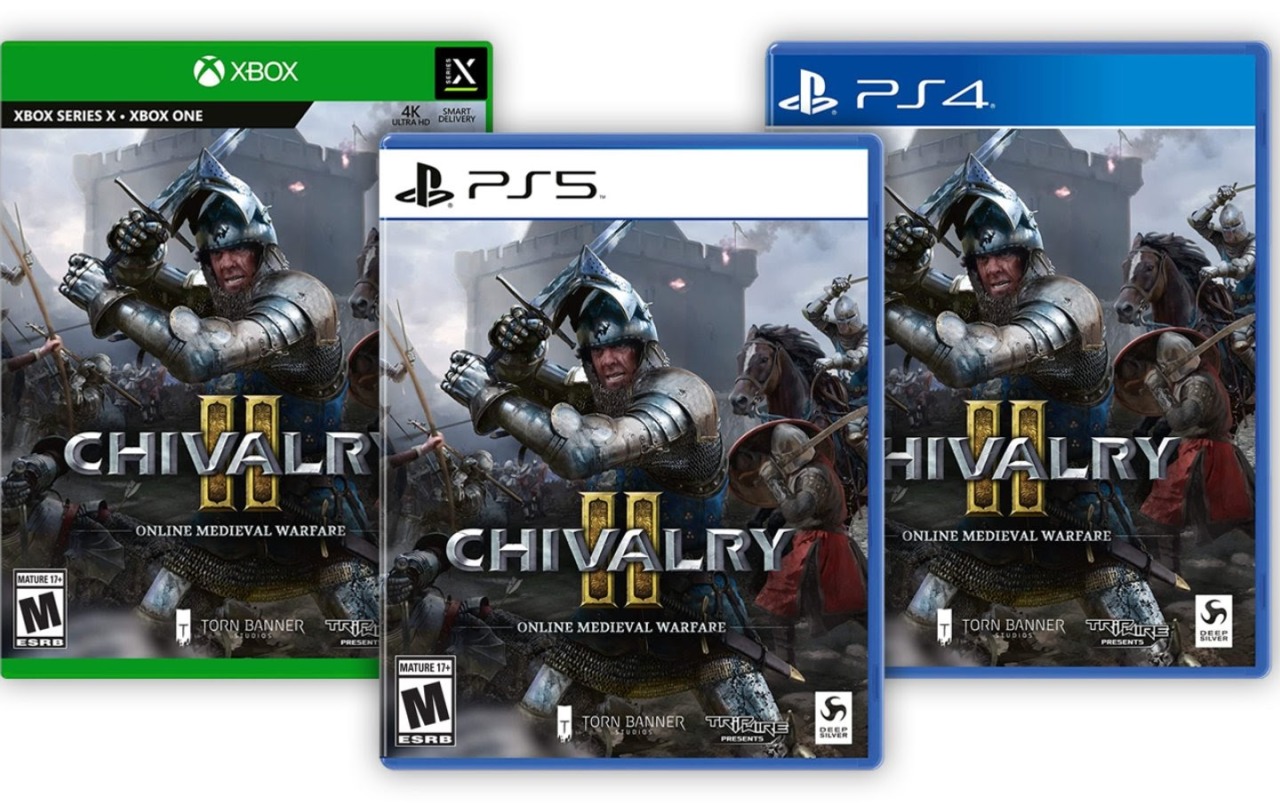 Torn Banner Studios just revealed the box art for its upcoming title, Chivalry 2: Online Medieval Warfare. The developers revealed the box art for all of the main console versions of the game, including the PlayStation 4, PlayStation 5, and Xbox One/Xbox Series X editions. This bit of information was revealed through the Chivalry 2 Twitter account, where the developers have been unveiling new info for the game daily.

The box art for the game is about what you would expect for such a game and is very reminiscent of the original title’s box art. The game’s box art also reveals the fact that the game is, indeed, rated M for Mature, something that we largely had already expected.

Recently, Torn Banner hosted a closed Alpha build for the game, during which thousands of gamers took to the digital battlefield. The Alpha was just closed on April 12. However, it was also recently announced that Chivalry 2 would have a Closed Beta across all platforms from April 23-26. Any players who pre-purchase the title before then will be given access to the Beta.

Chivalry 2: Online Medieval Warfare is a sequel to Chivalry: Medieval Warfare, which was originally released way back in 2012 for PC, PlayStation 3, and Xbox One 360 and was then later ported to PlayStation 4 and Xbox One. The original game shared a lot with the Half-Life 2 mod, Age of Chivalry, and is rumored to be based on that mod. Chivalry offered first-person online medieval warfare battles that allowed players to face off against others in giant online battles. Released almost an entire decade ago, fans are excited to finally get their hands on this highly anticipated sequel.

The new game is set to release June 8, 2021, for PC, Xbox One, Xbox Series S/X, PlayStation 4, and PlayStation 5 with crossplay across all platforms. The game is looking to be a massive upgrade over the original Chivalry, with greatly improved visuals, more complex combat, bigger maps, bigger battles, and other smaller miscellaneous additions – such as the ability to pick up and throw dismembered body parts like human heads.

All in all, Chivalry 2 is shaping up to be a great title, and fans won’t have long to wait until its release, with the game launching in less than two months. Those who can’t wait that long can pick up the original for less than $25 or pre-order the sequel to gain access to the Closed Beta later this month.