‘Call of Duty: Warzone’ Heads to the Pacific with Fictional Island Map, Caldera 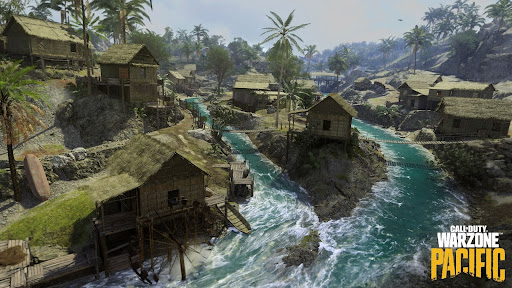 Call of Duty: Warzone has become one of the most popular Call of Duty titles and battle royale games since its release back in early 2020. With six seasons under its belt and more to come, developer Raven Software just recently announced that the game would be entering a brand new era, starting with a new title change — Call of Duty: Warzone Pacific.

As the game’s new title suggests, the battle royale game will be shifting its regional focus to an island in the Pacific. Alongside the new name, the developers also announced the release of a brand new map entitled Caldera. This new map is a tropical island with sandy beaches, large forests, and a volcano in the center. But while the map looks fantastic, it is interesting that the developers decided to use a fictional island instead of pulling one from history, especially since Warzone Pacific is releasing in the shadow of the latest World War II title, Vanguard. Today we’ll be discussing this odd decision, perhaps why it was made, and why it puzzles us.

Lining Up With Vanguard’s Release This major update was clearly made to line up with Call of Duty: Vanguard, which is launching on November 5. Vanguard returns players to World War II across multiple theaters of war, including the Pacific Theater. So, it makes sense that Activision would want a battle royale update to coincide with the new narrative. However, by setting the conflict on a fictional island, we lose the connection to Vanguard and the real history that the Call of Duty series tends to focus on.

Using a real island from the war would have helped to ground Warzone Pacific in reality and it could have been interesting and fun to explore a location from actual history. Since Caldera is scheduled to enter early access on December 2, 2021, it would have lined up perfectly with the 80th anniversary of the start of the Pacific War on December 7. But alas, the developers decided to create their own map for the game. 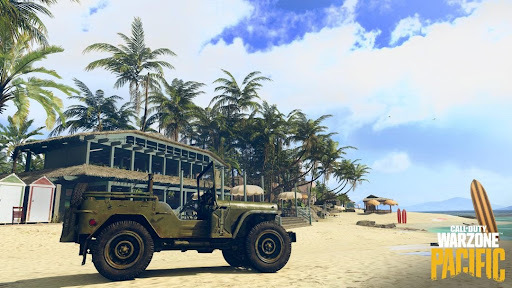 While we could ponder the reasons behind this, it’s worth noting that there are some benefits to creating a map from the ground up. While using the map based on an existing island from history may be exciting, it might not lend itself to the battle royale gameplay of Warzone as much as a made-up map has the potential to be. Caldera’s design has a lot of variety and lends itself well to various gameplay strategies, while many existing islands in the Pacific arguably don’t feature as much variety. Caldera looks like it will provide a ton of replayability for players, largely thanks to its great design and size, and a map created from a real island may not have been able to do that as successfully.

Islands That Could Have Worked 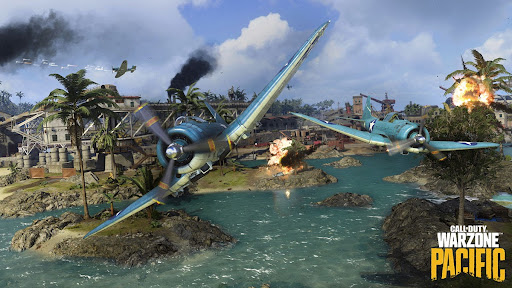 This isn’t to say that real islands from the Pacific War couldn’t have fit Warzone Pacific. On the contrary, we’re sure that real islands would still work very well and would have really helped to contribute to the game’s immersion factor for players. We personally would have liked to see either Okinawa or Iwo Jima for Warzone Pacific, as these were the most prominent locations fought on during the Pacific War.

The newest update for Call of Duty Warzone is looking to be quite a substantial and interesting one, and we’re looking forward to seeing what all comes of it. And while Caldera is an exciting new map, we can’t help but wonder why the developers created a unique island instead of using one from history. The new update launches on December 2nd.