Could a Game Explore the Atomic Bombings of Hiroshima and Nagasaki? 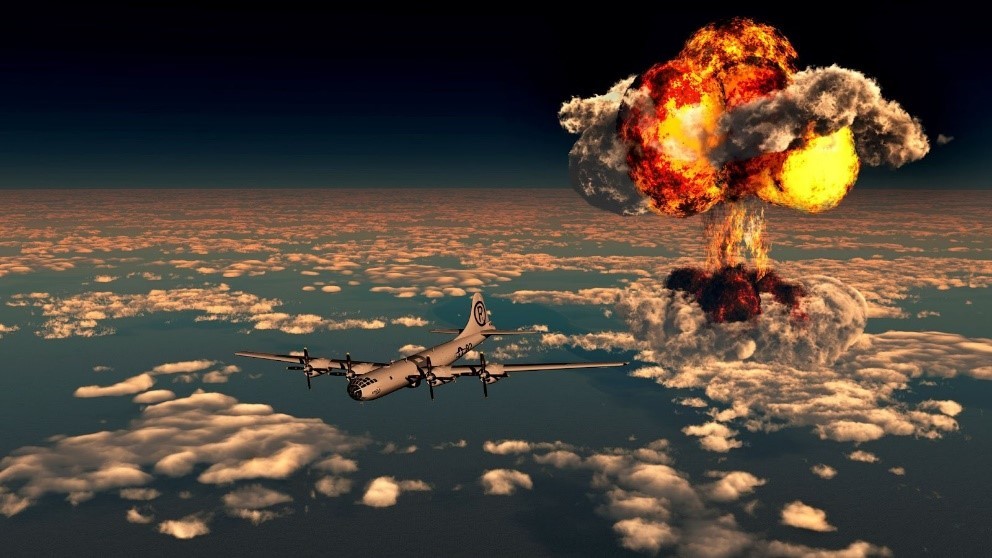 On August 6th and August 9th of 1945, the United States detonated two nuclear strikes over the Japanese cities of Hiroshima and Nagasaki. The two bombs killed somewhere between 129,000 and 226,000 people, most of whom were civilians and remains the only use of nuclear weapons in history. While the atomic bombings arguably helped to secure victory for the Allied powers, they ended the lives of hundreds of thousands of innocent civilians. We may have been taught that the bombings were necessary to end the war, the level of death and destruction that they caused was nevertheless incredibly tragedy.

Through the years, gamers have seen many different iconic historical events adapted into interactive video games, and World War II is one of the most popular time periods in historical gaming. With that said, it could be interesting to imagine how the Hiroshima and Nagasaki atomic bombings could translate into a video game. Outside of Nagasaki Kitty, the bombings haven’t really been portrayed in an interactive medium. Today let’s discuss how developers could– or whether they even should– adapt this controversial world event to video game format.

If the atomic bombs were to be adapted into a video game, one option would be to throw the player into the role of the Americans. Players could be led through a campaign, and be eventually tasked with bombing both Nagasaki and Hiroshima. Though incredibly dark, these missions could work in a World War II flight-simulator type of video game. With World War II flight games somewhat popular already, this seems like something that could possibly get made.

Real-time strategy games have always been incredibly popular, with big-name franchises like Age of Empires, Total War, and Civilization continuing to move the genre forward through the years but Company of Heroes was one of the first games to bring RTS gameplay to a World War II setting. Company of Heroes’ success proves that the RTS genre has room for more games that take place within WW2, and we can easily see a game tackle the Nagasaki and Hiroshima bombings in a game of this nature. These events seem perfect to be experienced from a top-down RTS perspective, and might actually work if executed properly.

Aftermath of the Bombings

Another potential way that a video game could portray the atomic bombings is by focusing on the aftermath of the bombings. Like how A Plague Tale: Innocence took the real-world horrors of the Bubonic Plague and adapted them into a horror video game, the aftermath of the nuclear bombings could just as easily work as a horror game. As the Japanese anime Barefoot Gen accurately and gruesomely illustrates, the cities of Hiroshima and Nagasaki became horrific Apocalyptic wastelands post-bombing, and would prove to be quite frightening if adapted to a video game. A game set covering this event would undoubtedly feature some horror elements, and perhaps would be a bit too heavy to properly work.

Could it Even Be Done?

While there are several directions that a game centered around the atomic bombings could go, is a game of this nature even possible? Of course, it’s possible. However, there is a very specific way a developer will need to go about it. One of the biggest gaffs would be for an American developer to come in with a “pro atomic bomb” tone. And while much of the United States still supports the bombings of Nagasaki and Hiroshima, the same really can’t be said for the rest of the world. Especially in Japan, a prominent figure in the video game industry. It’s a complex issue that requires the right approach – which may not be some action-packed segment.

And if a video game that portrayed the bombings were ever created by American developers themselves, it likely would be seen as extremely controversial or would be end up feeling biased in favor of America. So while a game doesn’t seem impossible, developers certainly would need to be very respectful and careful in adapting this event to a game.