Could ‘Company of Heroes’ Tackle the Pacific Theatre? 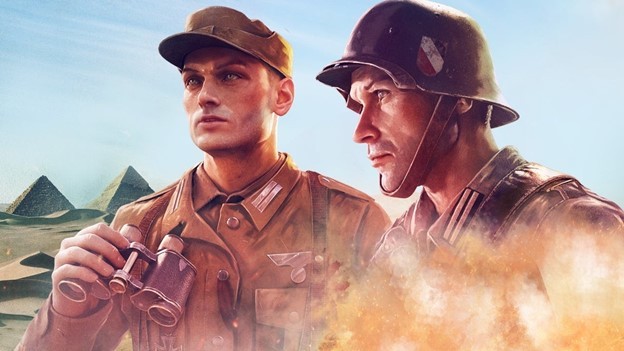 Earlier this month, Sega announced the newest game coming from Relic Entertainment: Company of Heroes 3. In addition to showing off an impressive cinematic trailer and some gameplay footage, the company also announced a PC launch date of “late 2022.”

Both Company of Heroes and its sequel, Company of Heroes 2, received critical acclaim and commercial success and are touted as among the best titles in the real-time strategy genre. Company of Heroes 3 will be the first new entry into the series in almost a decade, so it goes without saying that fans are incredibly excited for this long-awaited sequel.

What Has Been Confirmed So Far?

While the first game was set in Western Europe and the sequel took place on the Eastern Front, the third entry is promised to take place in the Mediterranean. The developers have teased that gamers will experience battles from North Africa to the Allied Invasion of France, which should change things up for the series in new and interesting ways.

Though naturally, fans are excited to see the third installment feature both North Africa and France, some players want to see other fronts featured as well. Fans have been itching to experience the Pacific Theatre in a future game, as the series has yet to depict that side of the war. The Pacific Theatre would undoubtedly make for a great campaign for Company of Heroes, but it arguably might be too much content to fit into what CoH 3 is already featuring. The Pacific Theatre famously featured quite a bit of naval combat and aerial combat, which would feel out of place in Company of Heroes’ current, ground warfare-focused gameplay.

The Pacific Theatre Could Be its Own Game!

Those who wish to see battles along the Pacific Coastline within Company of Heroes may want to temper their expectations. While nothing is completely off the table, it doesn’t seem likely that the series will feature a Pacific Theatre campaign any time soon. The Pacific Theatre simply features very different combat than anything that fans of the series have come to expect.

Though Relic hasn’t made us any promises (yet, at least), fans might eventually get a taste of the Pacific Theatre via post-release downloadable content or even fan-made mods. Ideally, Relic Entertainment would build an entire game, perhaps Company of Heroes 4, or even a new IP, around the Pacific Theatre.  With the fight between Japan and the United States being such a major part of World War II, there’s easily enough content for an entire stand-alone experience.  An entire game featuring the Pacific could really change up the series for the better, and fans would feel more satisfied with it in the long run.