Fight for the North or the South in ‘Grand Tactician: The Civil War’ Civil War fans looking to get their gaming fix should now rejoice, as a brand-new strategy game titled Grand Tactician: The Civil War has just launched for PC. This game release comes as a pleasant surprise, as there tend to be very few video games that happen to take place during the American Civil War. Grand Tactician takes a tactical approach to the conflict, setting aside the action segments of a first-person shooter for the meticulousness of manning troops on the battlefield. Grand Tactician: The Civil War is a real-time strategy game set during the American Civil War (1861-1865). Players choose which side for – Union or Confederate – and then participate in immersive battles taken straight from the history books. The game features many prominent conflicts between the North and South that defined the Civil War and left battlefields littered with bodies.

Throughout the game, the player builds their armies and command them in battle. It’s not always about guiding the fight, though, as Grand Tactician features management opportunities, such as expanding railroads to send out supplies to your soldiers. You will also have to manage hundreds of different historical commanders, each with their own unique traits and attributes they bring to the war.

While in battle, the player will have to be strategic in how they go about taking on the enemy. Either take the enemy head-on or form a blockade to prevent their progress. Take the enemy by land or approach by sea in a variety of different battle settings requiring unique strategies. Since players can control the South, Grand Tactician features a narrative that departs from how the war unfolded. As the Confederates, players can change history, but developer Oliver Keppelmuller opted to take things a step forther. The game also introduces several “what if…” scenarios ranging from the intervention of Europe to Abraham Lincoln losing the 1864 presidential election.

Overall, the game features five campaign scenarios: Pre-War, 1861, 1862, 1863, and 1864, along with 16 stand-alone battles. With such a large number of battles, players can choose to re-enact the war just as it occurred or decide to change it with unique outcomes for every choice. Grand Tactician: The Civil War has promise to be the most interesting Civil War video game yet, with fun RTS gameplay, an authentic world, and a near-endless variety of battle scenarios awaiting players. 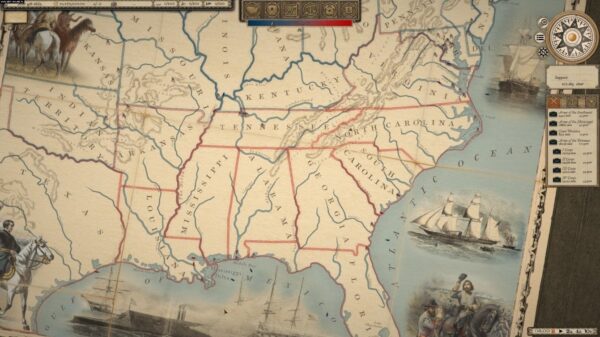 Grand Tactician: The Civil War was developed by Oliver Keppelmuller, who was also behind The Seven Years War tactical RTS. Developers like Keppelmuller play an integral role in shining the light on conflicts like the Civil War and the Seven Years War, which are often overlooked for more popular conflicts like World War II. In the eyes of historians, it’s games like Grand Tactician that play an integral role in helping younger generations understand the events that helped shape the world today.