God of War: Ragnarok’ Reveal Highlights the Marriage of History and Mythology During the PlayStation Showcase 2021 earlier this month, Sony revealed a new trailer for the direct sequal to 2018’s God of War, God of War: Ragnarok. The game, which is the second entry into the series since its reboot in Nordic mythos, will launch on the PS4 and PS5, providing players with Santa Monica Studio’s hyper-violent interpretation of Norse mythology. The trailer for the upcoming title revealed plenty of new details, but out of the many reveals, perhaps the most controversial, was that of Thor’s design for the game. 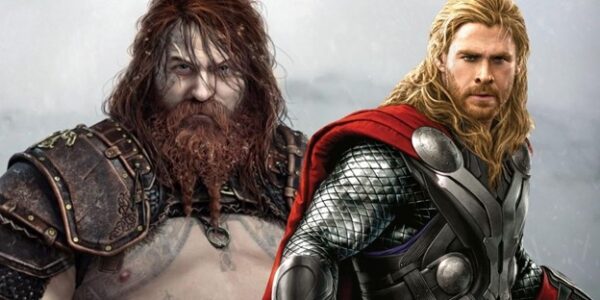 Many fans were in an uproar following the official reveal of Thor, the God of Thunder, from Ragnarok’s trailer. Unlike the Marvel superhero who spawns a chiseled chin, handsome face, and six-pack abs, God of War’s iteration doesn’t have features that the general public would consider conventionally attractive. No, Thor looks far from Chris Hemsworth’s appearance, with a much older and tired face, a large untamed beard, and a rather large exposed beer keg belly. No one would dare to mistake this Thor as the mighty hero that took on Thanos and protected the Asgardians from Hela. And as it turns out, that was a very conscientious choice the developers made for a very specific reason. 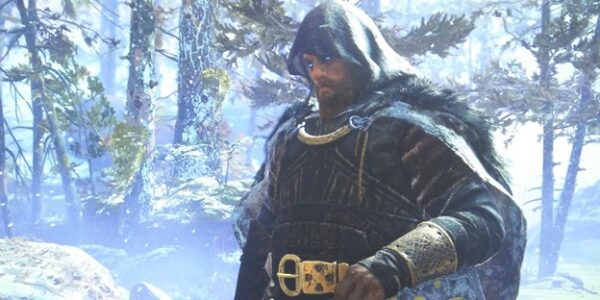 God of War Ragnarok’s directors Sam Williams and Eric Barlog shared their thought process behind Thor’s appearance with Game Informer earlier this week, with Williams stating that they wanted to “go a little deeper into the mythology itself” with Thor’s design. Seeing as Thor in mythology was described originally as a barrel-chested ugly man, his depiction in Ragnarok is indeed a bit more spot-on.

Further in the interview, Barlog adds that “there’s something so fantastic in that not everything needs to be this glistening muscle hulk kind of concept to still be fantastic and intimidating.” It’s true that, despite Marvel films popularizing it, not every powerful Godly character has to be a handsome, hunky hero. And even though the MCU’s depiction is now the most popular version of Thor, from a historical perspective, it’s great to see the original version of the God of Thunder make an appearance alongside Kratos and his son. It’s simply refreshing to see a more authentic take on classic mythology in video games, as so many games have taken a lot of creative liberties through the years (particularly Assassin’s Creed). While mythology is not the same as history, myths are still a part of history. Just like history teaches us about past civilizations and the nature of humanity, the mythologies of elder cultures can also teach us quite a lot about their respective cultures. From Norse Mythology to that of Greek mythology and countless others, a civilization’s mythos teaches us about the beliefs, values, and attributes of any given culture, sometimes providing more insight into a culture than its history itself.

Seeing Thor’s mythological appearance accurately represented in Ragnarok shows us that the developers care about being authentic to the source material, and that is quite honestly exciting to know going into the latest iteration of God of War. Ragnarok has a lot more going on other than Thor, but this was simply one of the big highlights from the trailer. The trailer, unfortunately, didn’t provide fans with a concrete release date and the game is slated simply for sometime in 2022. Fans should expect more additional details for the game sometime within the end of the year, however.