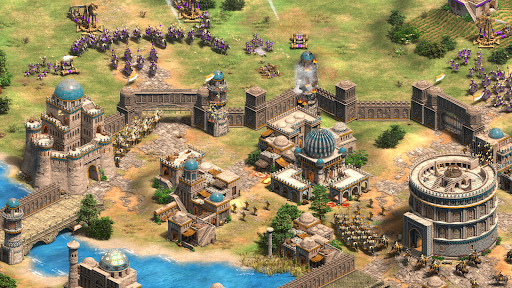 HistoryHit, an online site that covers history and historical gaming, has recently announced that they will be hosting a historical esports tournament. HistoryHit’s mission is to make history more accessible in the digital age, being leaders in all types of historical media. The tournament will feature Age of Empires II, a popular real-time strategy game with a bustling competitive community. At the helm of the event is TV historian Dan Snow, known for having worked on critically acclaimed historical documentaries for the BBC.

An Outreach to Historical Gamers

Esports is a fast-growing entertainment medium perfect for many, highly competitive historical video games. Older titles that feature strategic and competitive gameplay like Rise of Nations, Company of Heroes, and even Civilization are often praised and still enjoyed by players old and new. “Most excitingly of all, we will be hosting esports tournaments. What could be more historic? Tournaments date from the 12th Century, this is a modern incarnation literally in the spirit of its medieval ancestors,” Dan stated during the tournament reveal. Overall, the aim of this new tournament is to give gamers who play competitive historical games a place to compete and come together, bringing new attention to a part of esports that isn’t always in the spotlight.

A New Wave of Competitive Gaming

Tournaments like this will give historical RTS fans a means of showcasing their skills on the digital battlefield. Along with HistoryHits’ new gaming section, the outlet will be launching two new tournaments in Autumn 2021. These will revolve around the updated Age of Empires II: Definitive Edition. Advanced players who have mastered the complex gameplay of the RTS genre will be fighting for a combined prize pool of $10,000 on the field of battle.