A new developer, Jonathan Rushing, has recently released a Kickstarter for his upcoming historical action-warfare project Wars of the Ancients. The game will be set during the classical age with multiple nationalities available to play as, including the Greeks, Romans, Chinese, and Persians. Players will be able to take the role of one of the soldiers through a first-person perspective, similar to that of Chivalry: Medieval Warfare. This is Rushing’s first foray into making something sizable and it’s what he considers to be his “dream game.” 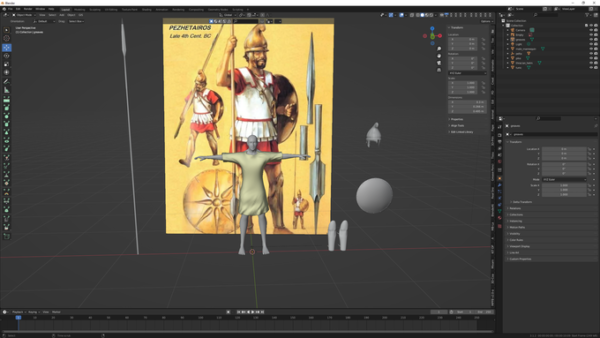 Rushing, as shown on the Kickstarter page, will incorporate a multitude of modes for players to participate in. The game is set to launch with three modes, including Search and Destroy, Ambush, and Command, a mode where players will step into the role of commanders of their own battalion of troops.

Players will also be able to experience these in famed historical locations like Thermopylae, Cynoscephalae, and Teutoburg forest. An emphasis on group cooperation and intensive combat seams together within Wars of the Ancients’ core gameplay. Rushing also plans on creating an “RTS-type campaign mode” later on as well.

While these options are great in scale, Rushing will test the capabilities of the Unreal 5 Engine to provide  players with an immersive historical experience. In addition, he will face the hurdles of budgeting, having to spread funds over marketing and game testing.

As he considers every aspect of this project, Rushing’s goals are ambitious and come with higher risks. He states that these funds will be used primarily to bring in another developer, asset creators, servers, and a motion capture setup to offset the progress that only one person could make in the time allotted. With an extra hand and the support to bring this game to place, his efforts and what he wishes to achieve are near limitless in scope. These goals along with the long-term look towards mods and a heavy focus on multiplayer support could make this indie title one that could possibly rival other historical games like Age of Empires and Chivalry.

Outlook to a Future Release 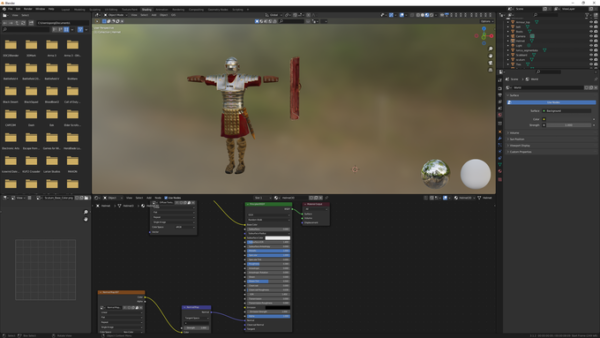 With an outlook to a possible release in 2024, this title has been promised to counter the “games released by big devs who either don’t patch their games or release them in a horrible state.” Rushing has also stated that, “I aim to right that wrong. No paid DLC, none of that. A game for gamers of the genre.”

From a glance, Wars of the Ancients may be another mellow addition to the historical gaming market, but it proves to be promising and a real passion project. Developer Jonathan Rushing is a self-described ‘history-nut’ and loves everything about the subject, putting his best effort forward to make a truly great historical game for the demographic of gamers he is trying to reach. Only time will tell if we see this game take off successfully, but this is a title to keep an eye on.