History of Slavery the Focus of Free-to-Play’ Blackhaven’ 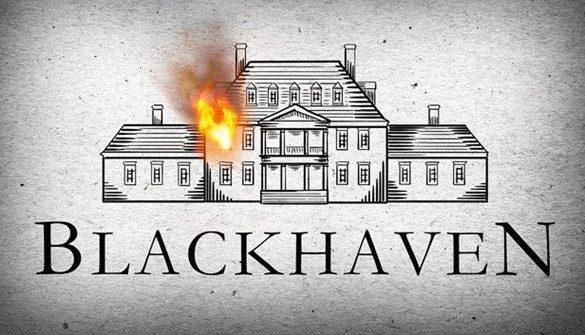 Blackhaven, the first game developed by indie developer Historiated Games, is a free-to-play title that teaches gamers about American history, more specifically the history of slavery. Released last month just a couple of weeks after the United States celebrated Independence Day, Blackhaven shows players a new perspective of American culture that is rarely portrayed in gaming.

Exploring Secrets of the Past

Through Blackhaven, players take on the role of Kendra Turner, a high school sophomore interning at the Blackhaven Hall Historical Society. Through the game, Kendra learns that Blackhaven had previously served as the home of Thomas Harwood, an American Founding Father that was later burned during a Revolutionary War battle in the 18th century. Kendra’s curiosity quickly leads herself through the museum’s various archives and exhibits, where she finds cracks in Blackhaven’s official story, and thus begins to uncover hidden secrets of the past.

Throughout the game, the player will investigate ruins of a massive colonial home and farm, tour an extensive gallery of historically accurate artifacts, paintings, and letters, and much more. Blackhaven was developed in partnership with historians and scholars, including HBCU faculty and students. The game aims for historical authenticity above all else, and shows how games can do more than simply entertain. They’re also fully capable of being truly informative pieces of media.

Slavery is rarely a topic brought up in video games, so it’s quite refreshing to see a new game that’s entirely focused it. In an interview with Connecticut Public Radio, Historiated Games founder James Coltrain states that he believes that he hopes historians will become more engaged with video games, as the medium provides an entry point into history for many people today. And we agree completely with Coltrain’s sentiment. Shearon Roberts, a scholar who assisted with the development of the game, adds that the game is the perfect jumping-off point for players interested in exploring real historical events.

More video games can–and should– tackle serious issues, as the interactive medium is perfect for educating users about various subjects. History, in particular, feels right at home in video games, as it’s a great way to allow users to explore new worlds and time periods throughout history. Blackhaven works well, as it both explores a different era of history than our own, as well as teaching the player about specific historical events that are seldom known by many.

Get It Free Today

Many gamers may categorize Blackhaven as a “walking simulator,” as it’s relatively light on gameplay and action. It is very story-focused, with a few puzzles, but overall the experience is pretty straightforward and short. It can be completed in under two hours, but for a free title this is completely fine

Blackhaven is available now for PC for free. Gamers who are looking for a short, educational walk through American history should give Blackhaven a look.