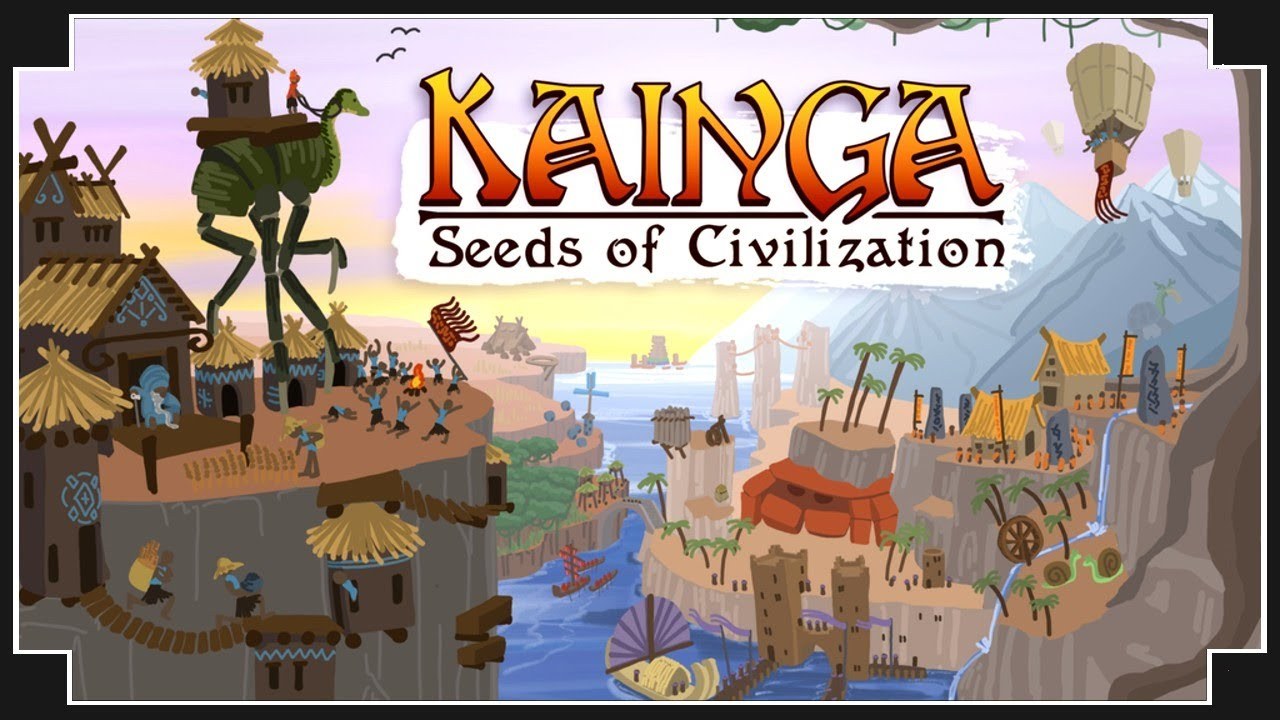 When discussing the concept of historical video games, it can be easy to get caught up in the traditional concepts of what that entails. You may envision a World War II battlefield or any number of conflicts that have unfolded throughout time. However, games like Kainga: Seeds of Civilization prove that history isn’t always so evident.

To get some insight into where history plays into the intriguing, fantastical and very unique city builder, we caught up with Kainga developer Erik Rempen in our latest interview.

How would you best describe Kainga: Seeds of Civilization?

Kainga is a roguelite village-builder, which means that it’s a bit like other city builders that you might have played except that every time you play it, you’ll develop a new and interesting town and culture.

Where did the basic idea for Kainga come from?

Basically, I just created the game I’ve always wanted to play. I’ve been looking for a town-building game that didn’t have a linear progression path, and I could not find that game. So, I decided to make it myself. Kainga takes roguelite elements by creating a procedurally generated technology tree, so you’re forced to make interesting choices in how your town will develop. Depending on the resources available to you, your mission at hand, and your current needs, you make choices that change the path of your town’s development.

I also added verticality into the game and allowed players to build unusual towns, like on the sides of cliffs or floating on the water. On top of that, I wanted to have “larger than life” animals that wandered the world, and of course allow the building mechanics to interact with these massive beasts to allow you to build on top of them if you’re able.

Is Kainga a solo project or do you have others working with you?

Kainga is designed and developed entirely by me. I have hired help for audio design and the music is done by Somepoint Sound. It has been a challenge going from having no experience in programming at all to creating this project, but I’ve enjoyed the experience and I’m happy with the result so far.

You’ve had quite the career path, spanning illustrator, English teacher, and marketing manager. What ultimately landed you in the role of indie game developer?

I’ve always dabbled in a bit of game modding and started moonlighting this project while working other jobs. Finally, I just decided to jump right in and get it done. I know that conventional wisdom dictates that you shouldn’t create your dream project as your first project, but I couldn’t help myself. Also, I think the motivation to create my dream game is what kept me going when things looked impossible.

Congratulations on having surpassed your Kickstarter goal! Why do you think your crowdfunding was so successful?

I have to attribute the success of the Kickstarter to a few YouTubers who I know. Before the Kickstarter launched, I reached out to a select few streamers to see if they wanted to play my game in an early state and they agreed. A lot of the traffic to the Kickstarter came from them.

Also, at the end of the Kickstarter, I participated in Steam’s NextFest which allowed me to release my demo to the world as well. This demo got a great response and a huge number of downloads.

The basis for Kainga seems quite fantastical, but the game’s name hints that you did a little digging through history for inspiration. Was there a specific historical period or civilization that inspired the design?

I try my best to take inspiration from all corners of the globe without any one culture being specifically identifiable. This creates a feeling of familiarity while still being visually interesting and plausible. I spent a lot of time in the sketching phases of development looking through ancient cultures and researching how they developed, but most importantly, why they developed that way, to try to highlight the most interesting aspects of cultural development the world has to offer.

For the research you did for Kainga, do you wish there were additional resources that could have maybe made things easier?

I had a hard time finding renders of ancient civilizations and never found one source that covered most of the world, but I got a lot of good information from museums and actual travel!

In terms of learning programming, I found that almost all of my questions that I had had already been answered on Google or Youtube, which is incredible. The hardest part was convincing an FPS engine to act like a city-builder game and forcing 2D characters to work in this 3D world, a design choice I didn’t want to compromise on.

Do you feel you were met with constraints because you chose an antiquated look and feel, or did that play best into your overall vision?

I was met with incredible friction when designing the characters, and still am. The engine I’m using would be much happier if I just used 3D animated characters, but I really wanted the old jankey animations on 2D characters because I think it looks quite charming. On the other hand, doing just 4 animations per run cycle meant I could spend significantly less time drawing than if I had gone for smoother animations. Yet I still ended up with almost 1,000 frames of animation already!

Were you inspired by any other historical games?

I was inspired by historical games like the Civilization series, Banished, and Ostriv as well as fantasy games like Morrowind, Rimworld, and Populous the Beginning. Basically, I would just take elements of games I thought worked and mix them with the elements of other games and experiment with the mechanics to see how it felt.

One of the main things I wanted to do early on, is to remove stockpiles and make your people act as your main resource because many strategy games turn out just being data management games, which can be fun, but I wanted to make everything more visually representative.

Once Kainga launches, do you see yourself pursuing another project?

I would love to continue the life of a game designer into the future and I have a few other ideas that are totally disconnected from this project that I’d like to pursue. That being said, there’s still a lot to do here and I’m looking forward to seeing this project all the way to the end and beyond first!

If you’d like to know more about Kainga, you can join the official Discord and add the game to your Steam wishlist.