Is Period-Specific Music Important for Your Historical Game? 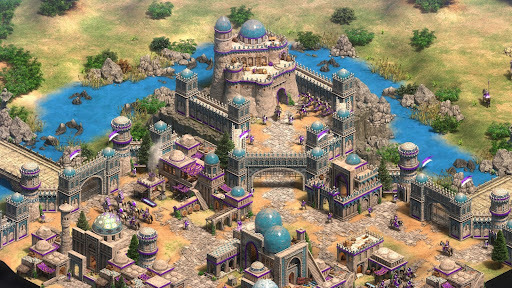 When it comes to digital media, the music is arguably the second most-important aspect that draws in the user outside of the visual element. Through the years, music scores have helped define both film and television, with some of the most memorable soundtracks of all time being huge blockbuster films with catchy scores. Play the main themes to Star Wars, Jurassic Park, and The Lord of the Rings trilogy, and they won’t go unnoticed. But it’s not just movies that require memorable audio. Even video games rely on the overall score, if not moreso.

With games being an interactive medium, a huge part of the user experience hinges upon the quality of a video game’s audio. Not only does a video game need great sound effects and voice acting to feel engaging and realistic, but its soundtrack plays an equally important role. Just like a film’s score, a video game’s soundtrack greatly affects the tone and overall mood of the game, for better or for worse. Historical video games, in particular, can feel different based on the musical score.

Just like film and television music themes, video game scores can help set the mood for the experience ahead. So historical video games, which are set during particular periods, are understandably reliant on music to define them. Great historical video games feature soundtracks that feel cohesive with the rest of the game tonally and feel in line with the game’s setting and world. One of the best examples of this is Baba Yetu, the main theme from Civilization IV. Not only does the song successfully capture the tone of the game and the various different cultures, but it’s also an excellent song in its own right. It also earned a Grammy for Best Instrumental Arrangement in 2005.

Even video games set within fantastical worlds, like The Elder Scrolls V: Skyrim and The Legend of Zelda: Breath of the Wild, are greatly enhanced by the usage of music that feels fitting for its worlds. While Skyrim is not actually set within a historical time, its world is heavily based on Medieval Europe, and it has a soundtrack that is greatly inspired by music from that time. The results are nothing short of incredible, with Skyrim’s soundtrack greatly enhancing player immersion; with the game’s orchestral soundtrack booming in the background, it can be very easy to get lost within Skyrim’s giant immersive land. So whether your video game is deeply rooted within history or is just inspired by a particular period or setting, the soundtrack can affect the player’s experience drastically.

Choosing to Add a Modern Flare

However, it’s also important to note that developers shouldn’t feel pigeon-holed into using period-specific music in their historical video games. Just like films set during specific periods, video games set during particular eras aren’t required to use music from that said period. It doesn’t necessarily have to detract from the overall experience. The Great Gatsby (2013) incorporated some modern hip-hop and pop music into its score, and, as a result, the film felt more modern despite being set during the 1920s. Historical video games are capable of the same thing, and modern music could add a certain modern flair to what would otherwise feel like an older setting. Despite which direction game developers might decide to go with their games, a video game can be greatly affected by its soundtrack. Music plays a pivotal role in player immersion, and a game’s entire vibe can change just by its music.