Learn the History of Anne Frank Through Your Oculus 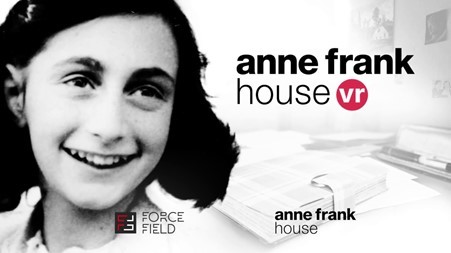 On August 4th, 1944, Anne Frank and her family were discovered and captured by German authorities. They were subsequently transferred to a Nazi consentration camp, where their story of survival turned tragic. But before her eventual capture, Anne Frank and the rest of her family had remained in hiding for over two years in the “Secret Annex,” an attic of an old office building in Amsterdam. Doing what they could to survive, the Franks were forced to live in close quarters with one another, all while constantly being in fear of getting discovered.

In 2018, developer Force Field released Anne Frank House VR, a free virtual reality experience that allows users to travel back to World War II and embark on a virtual tour of the attic. Users can freely explore all of the rooms of the Secret Annex, which are all faithfully recreated in the virtual spac. During the experience, Anne Frank provides a narration of her time in the small space.

This short experience really feels more like a guided tour through the historical landmark than a full-on game, as there is limited interaction with the environment and not a whole lot to do. But for this same reason, Anne Frank House VR is more widely accessible and perfect for those who are just now trying VR for the first time.

VR Could Help With Historical Preservation

Anne Frank House VR is an excellent example of how virtual reality could be perfect for historical preservation. Virtual reality is severely lacking when it comes to historical video games and experiences, which is a shame as the medium is perfect for capturing history. With VR, users are able to fully immerse themselves in entirely new worlds; we’d love to see historians harness this power and use it as means to educate new generations about past historical time periods and events.

It’s strange to think that there are so few VR experiences that allow users to simply take a virtual tour of old historical landmarks, but this could honestly become its own genre of VR gaming. History buffs have always longed to experience what it was like to fight in the American Civil War, meet the Founding Fathers, or witness the Hindenburg Disaster first-hand. But with VR, all of these exciting possibilities can become a reality. Anne Frank House VR is a great example of what is possible with historical VR games, and that the possibilities are endless.

Anne Frank House VR is a virtual reality game that can be downloaded for free today for any Oculus device, including the Oculus Quest 1 & 2, Oculus Go, and Oculus Rift. While it’s not particularly long, it’s a very interesting and educational experience that should not be passed up. Anyone that shares any sort of interest in history or World War II, in particular, should take a look at Anne Frank House VR.