Players to See the ‘Reality of War’ in ‘War Hospital,’ Developer Says 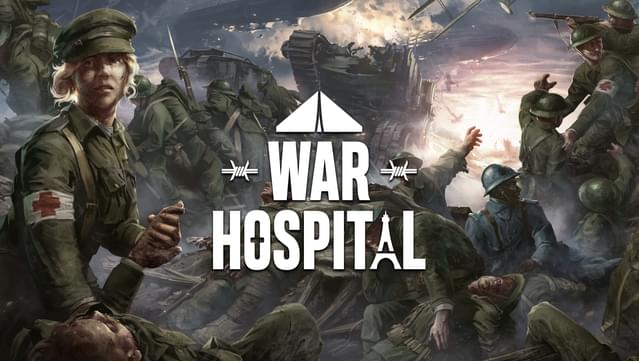 Too often, we take to the battlefields of yesteryear’s conflicts, picking up rifles and handguns to plow through the enemy line. Video games depicting historical wars like World War II don’t typically explore the deeper event or the human side of the battle. Instead, they focus on the action and the glorified thrill of the fight.

Polish developer Brave Lamb Studios set out to create the polar opposite experience, instead hoping to open players up to the realities of war. Set during World War I, War Hospital puts players in control of a British field hospital. We spoke with the team’s lead, Michał Dziwniel, for some insight into why the shift in tone and what Brave Lamb Studios hopes to accomplish by pulling players from the frontline and putting the lives of soldiers in their hands.

Mark LoProto: There are a few different video game genres that War Hospital may have fit into. Was there a specific reason the team went with real-time strategy?

Michal Dziwniel: First of all, I would like to say that War Hospital is not a real-time strategy. We call our game a society survival game (the same genre as Frostpunk) which combines features and loops from RTSs, City Builders, and Adventure games.

Of course, one of the other important things to consider is the economy, and in any other game, we’d be talking about money. However, the economy in War Hospital is deeper than that, driven by morale, the number of patients, and your available resources. So, there’s a Tycoon element in there, but with a twist.

Were there any specific challenges to bringing a historical experience like War Hospital to life?

Considering the theme of the game, it’s natural that one of our toughest challenges is deep diving into the medical aspects. As many know, the Great War was a time of intense and almost unprecedented development of technology, and medicine was no exception. Limited recordings and access to historical sources in this field are probably one of the core challenges we’ve been working to overcome. How close to the realities of war are you attempting to get with War Hospital? Was there ever a fear that it may be too upsetting of a concept for players, or is there something to balance out the unavoidable grizzly nature of war?

First, we need to point out that we want to show the reality of war from the perspective of the medics and field hospitals. From the perspective of a player, you’re exposed to the realities of war through your patients. But also, one of the key themes of War Hospital is hope. It’s about taking care of the morale and atmosphere, about doing your best to have a positive impact, e.g healing more patients or developing new methods of treatment.

War Hospital is about life-saving, not taking. Inspired by how medics are treated as neutral in combat and stories where medics saved lives on both sides of the conflict, we want to convey that it’s not a particular enemy or nation you’re “fighting” against. As a medic, you have a job to do.

Did you have anyone on the development team that’s familiar with World War I uniforms and buildings/tents?

Several members of the team are passionate about this historical period. As an example, our Lead Graphic Designer collects newspapers from this period. So, in-game on the 6th of September we have the newspaper from September 6th, 1917. I think small details like this help give us perspective when it comes to detail and atmosphere, as well as being interesting additions for the player.

Additionally, our art director, Michał Sztuka, is taking care in combining the historical accuracy of the structures and making them readable during gameplay. This can be quite difficult, but we want to put a lot of care into these aspects of the game.

According to Axios.com, lead designer Michal Dziwniel was inspired by This War of Mine. Were there any other war-time titles that inspired the direction of War Hospital.

Of course, when you’re creating a war-based game, you want to draw inspiration from as many places as possible. You may be surprised to know that we look at other titles, like Spec Ops: The Line, which has a unique storytelling perspective for a first-person shooter. We also look to titles like Company of Heroes for atmosphere and Partisans 1941 for technical things like camera movement. But one of the most important inspirations to us is Papers, Please, which directly shows how you can communicate emotions like fear or doubt through the game interface. This is a concept that we want to push in War Hospital.

Gaming tends to focus on World War II. Was there ever a point during development where War Hospitals could have taken place during the Second World War?

We decided to use the World War I setting for a couple of reasons. One of the most important being that we didn’t want to show the conflict as the “good vs the bad guys.” In World War II, this split is clearly defined. World War I, in contrast, had a lot more nuance. War Hospital showcases that idea, one where war is a complicated drama, one where claiming a win on the battlefield may not feel like such a victory for those returning from the front lines.

Do you think War Hospital brings a different value to teaching pieces of history than games like Call of Duty, which are more driven by specific conflicts and scenarios?

As I said before, the most important lesson War Hospital should deliver is the reflection that war isn’t a win across all aspects of society or each individual person. Every win comes with a cost, it’s not just resources or economy but human lives.

In many war games, non-name soldiers get slaughtered alongside the player character and the player treats it as normal. They’re taught not to take notice. In War Hospital, we have the ethos that “every life counts” and there’s an obligation for the player to take care of and ultimately save each soldier. This sort of gameplay isn’t found in many other titles. Of course, talking to a World War I soldier was an impossibility, but did you confer with soldiers or medics from other conflicts to create an authentic experience?

In our studio we hired people with such backgrounds.

Could you see War Hospitals expanding into World War II? Maybe a game about the military hospitals of the Pacific Theater?

War Hospital is a new franchise, and there are numerous ways we’d be interested in expanding this idea for the future. For now, we’re focused on World War I and a period just after this (more on this in the future).

But since you asked, personally, if I were to think about a different game with a similar philosophy, I would rather look at the Vietnam or Korean War due to the complex historical background. There are aspects here that show the fall of humanity in various ways. At Brave Lamb, we want to tackle these complex and ambiguous topics not to judge them but to explore and learn from actions in the past.

Are there any other historical game concepts brewing at Brave Lamb Studios? If not, is there a conflict or period you would want to tackle?

We’re really interested in the Prohibition Era and would love to do something set in this period, but have nothing to confirm at this moment.