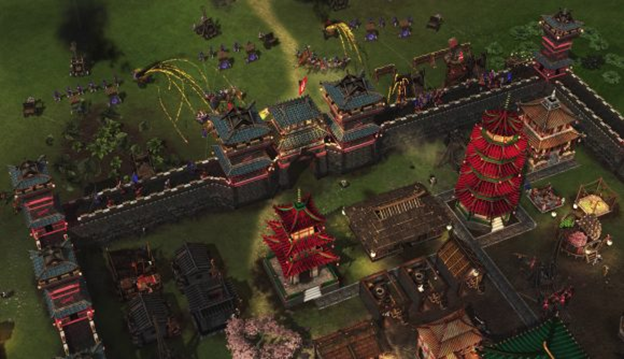 Medieval RTS game Strongholds: Warlords recently received a new update that features a new lord in the roster. Through a roadmap of the game’s Summer and Autumn schedule, developer Firefly Studios revealed the news alongside numerous patches and fixes to the game. Players can expect two updates in the next few months, alongside the incorporation of the newest lord, Kublai Khan. The update will explore the invading Mongols as a new faction, providing a new competitor in Strongholds: Warlord’s fields of battle.

The History Behind the New Lord

Kublai Khan is the grandson of the legendary Genghis Khan. He was the fifth ruler of the Mongol Empire and lived from 1215 to 1294. Strongholds: Warlords will have Kublai Khan behave similarly to Genghis, with the only major difference being their preferences for an expensive surplus. The armies Kublai will have access to will be comprised of a vast number of imperial troops. An ample supply of these premium and well-trained hordes will field the maps with brutality as they come into conflict among rival factions.

Along with a new set of troops, Kublai Khan will be accompanied by an all-new castle design as well as “fresh strategies to out-think and armies to outmaneuver,” developer Firefly says. Six new missions will feature the leader and introduce two soon-to-be-released warlords, as well. The campaign will follow Kublai Khan’s military exploits and conquests in China rather than Korea or Japan. It’s a bold new look into a territory that the Mongol’s have control over that isn’t featured prominently in historical gaming.

An Update to Lookout For

A set release date remains unknown for the lord’s arrival into Stronghold: Warlords. The update’s bevy of new features and fixes are promising, though. A new scenario, the Skirmish Trail, will add up to ten missions with several unique units like the wolf and thunderbomb thrower, coming shortly after the release. Players looking for a new reinvented kick into the RTS or historical genre in gaming can find a solid experience journeying upon imperial China, imploding a sense of prowess and ingenuity with every game.