The West Gets Wild in ‘Cowboy Life Simulator’ Reveal Trailer 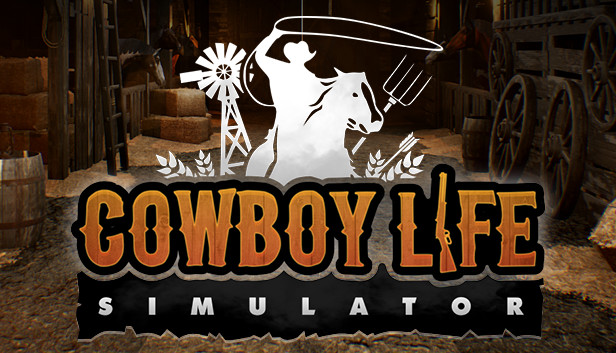 A demo trailer on June 16th was recently released for a new 19th-century western game, Cowboy Life Simulator. Developer RockGame S.A shows players what it would look like to live in the boots of an everyman making their way up in western America. The game puts you in the role of a poor farmer wanting something more from life – an adventure. Players can work up to becoming a cowboy throughout the game, embarking on a journey throughout the west as they explore the vast land. Players will be able to build their own life within Cowboy Life Simulator, from catching horses and cattle to avoiding pursuing outlaws.

Living and Playing in a Wild West World

Along with the basic gameplay, the reveal trailer of Cowboy Life Simulator showcased a sling of features that add to the game’s historical authenticity. Players can repair and build structures like their farm, handle their herd and cattle, trade, and hunt for resources. Players can also visit towns and take time to relax in bars, often to ease down a bit from the dangers of the open west. Such dangers are mostly comprised of outlaws and the wildlife that fill the land, often in packs or groups. With the right tools and resources, players can defend themselves and continue on the massive journey that Cowboy Life Simulator simulates within its expansive world.

Alongside these features and gameplay, Cowboy Life Simulator brings the Wild West world to life. Players can experience life as it was, with the open land of the west engulfing them in new adventures. The game provides an authentic experience for the lives of commoners and cowboys that lived in the era. With risks involving wildlife and troublesome outlaws and bandits, the constant change in the environment never comes to a halt, giving players challenges as they continue exploring the land. Cowboy Life Simulator has showcased off its solid historical simulation of the Wild West so far, giving a lot for players to take upon its release.

A Western Release on the Horizon

As Cowboy Life Simulator’s reveal trailer has shown, players overall have a lot to look forward to with this new historical simulation title. The world and characters contained within contribute a lot to its strong world-building within this historical-based experience. Alongside the trailer, a demo on steam was added for those looking to test out the life of a cowboy. Those with interest in westerns or American history, especially in the west, can look forward to enjoying this title and continued progress as work on the game continues by developer RockGame S.A.