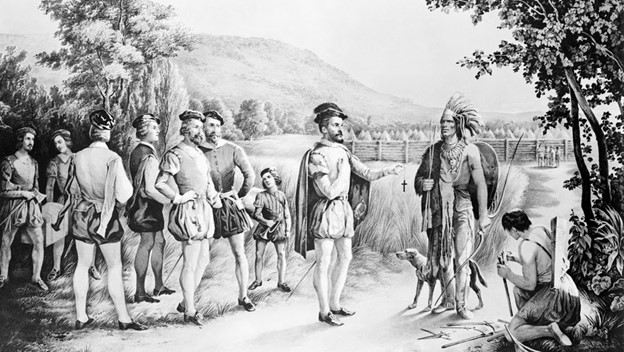 Three Fires is the tentative title of an upcoming game that will tell the story of the First Nation’s history. Developed by Ryan Lindsay and Native American David Plain, the game is heavily based on Aamjiwnaang history. In an interview with The Observer, the two sat down and shared a bit about their upcoming project. 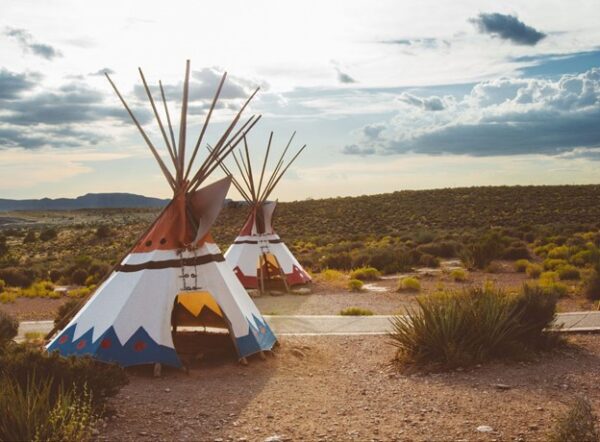 Game developer Ryan Lindsay has partnered with David Plain, in an attempt at developing a game that is based on Plain’s Native American ancestors. Plain shares about his lengthy history tracing it back hundreds of years, which he details in one of his books.

Plain shared that his ancestry was traced all the way back to Young Gull, a war chief from around 300 years ago who helped to lead the Three Fires Confederacy in a war against the Algonquin from southern Ontario. The Ojibwa chief later led what is now known as the Aamjiwnaang First Nation to the lands around modern Port Huron and Algonac, Michigan. Going all the way back to roughly 500 AD, the story told of a prophecy that stated that a group of Natives who lived on the Atlantic seaboard would migrate West. And over the course of several hundred years, the Anishinaabe did so and eventually settled in areas of Montreal, Niagra Falls, Detroit, Manitoulin Island, Salute Ste. Marie, Duluth Minn., and Madeline Island.

Young Gull’s offspring also went on to live incredibly eventful lives, with his son, Little Thunder, later fighting in the French and American Indian Wars and the American Revolution. Additionally, Little Thunder’s son, Red Sky, was a war chief for Tecumseh during the War of 1812.

Adapting History to an Interactive Medium Ryan Lindsay, who is a faculty member for Lambton College and the head of production with Sarnia-based Online & Digital Education Academy, hopes to incorporate all of this history into a cohesive gaming experience. Lindsay and Plain’s goal is to create a game that accurately captures all of the chiefs, alongside their respective histories and cultural traditions.

Lindsay’s inspiration was drawn from reading one of Plain’s four published books, The Plains of Aamjiwnaang, as the game will be intended to pay homage to Plain’s great research and work. “David’s done so much in terms of capturing the history,” Lindsay says.

Plain shared that he wishes for this game to help spread the knowledge of the First Nation’s past, as not a lot of people are aware of it. “Not a lot of people even from our own community know the true history of how we came to be, where we came from, how we settled in this particular area.” The two of them approached Lambton College about the project, and have received $360,000 in funding; the project is intended to be a way for gamers to better engage with Aamjiwnaang’s culture and history in new and interesting ways.

“A lot of our history is oral tradition, and a lot of our youth learn by modern technology,” Plain further explains, “so I think it was a way to kind of link the two to engage some of our young people and help them understand some of our history.” This project would be a way to better engage with younger generations, with more and more stories being told through interactive mediums nowadays. 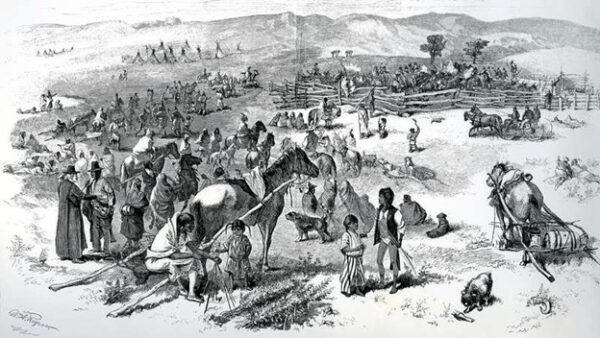 Lindsay hopes for the game to be immersive, highly interactive, and likely feature a third-person perspective. He did note that the game won’t be as expansive as other historical games, due to the smaller scale of the project.

“We’re not Ubisoft,” Lindsay states, but the game will still be the first to focus on Aamjiwnaang. Both a researcher with an Indigenous studies background and a sensitivity officer are currently part of the research team, and the developers also plan to bring Indigenous artists onboard for the project as well. Lindsay describes the game as a “spiritual and educational journey,” with the game being one large overarching story that will help teach the player about the First Nation’s culture and history.

The game is currently still in its early planning stages, with no projected release date yet. The developers state that The First Nation will have ownership of the game, though the plan is that it will be available for non-Indigenous people to play as well.