Wargaming the 1940 Campaign in the West. Part 1, the Board Games 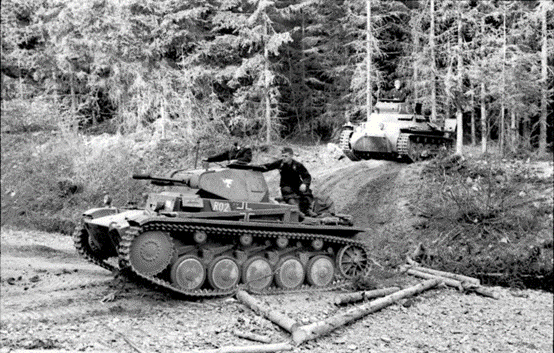 Just over 81 years ago this week, the Germans invaded the nations of France, Belgium, and the Netherlands. Facing them were their respective armies backed by a British Expeditionary Force of 390,000 men. The French had 2.2 million under arms in the north, and the Belgians and Dutch another 1.05 million men combined. The Germans had only 3 million and were outnumbered in tanks and airplanes. Yet, within a month, Germany had conquered Belgium and the Netherlands, 2/3rds of France and had sent the British army reeling back across the channel. It was the ultimate expression of Blitzkrieg and it left us with the legend of a decadent France that collapsed like a house of cards. But is that impression accurate? Recent scholarship is calling that into question, and with that, how we game out this campaign is changing.

I’m going to do a quick whistle stop tour to show some of the resources available to game out some aspects of the campaign or the entire thing, should you choose. I won’t get all the games or miniatures rules out there, but I’ll try to pick the big ones, as well as some ones that have caught my interest. The truth is, it’s a very wargamable period. The German victory was more of a near-run thing than many people realized for quite a few years, and it’s only been recent scholarship that has been setting the record straight.

Keep in mind, even though the Germans won, they still lost 157,621 dead and wounded in a period of six weeks. That is not the act of a nation that didn’t fight.

Sadly, the pickings on operational level board games are a bit light, as for some reason, games about the tactical aspects (platoon level and below) are more common with this campaign, which I cannot understand. To me, the campaign is crying out for a good operational level game in a hex and counter format. I am sure there is one I’m missing, but to be honest, I have yet to find it.

This is an “oldie but goodie” that introduced an entire generation to the campaign. A Dunningan and Simonsen design, it was first put out by SPI as a magazine game in Strategy and Tactics Magazine, but soon the rights were purchased by Avalon Hill and republished by them as an improved second edition. There’s a lot of love or hate for this game, hence it’s rating on BGG. I’ve never played it myself, but people still play even if, as one poster on the BGG forums opines, the French are fated to lose. Happily, the game has a VASSAL module, so you can also find players online for this old girl. The game itself is available for reasonable, even cheap prices on Geekmarket, but I have to say, there are other games I would recommend over this one.

The Operational Combat Series (OCS) is a bit on the more complicated side for MMP, and this game is no less of a challenge. With almost 2,000 counters and three map sheets, you’re a getting a monster. You get the fighting in Holland, Belgium, and France, and you can play seven offered scenarios covering all aspects of the battles from Holland to Sedan. Sadly, you don’t get the campaign after Dunkirk - and yes, there was one, which is an aspect also worth gaming out. The game is out of print, so you’re going to pay a pretty penny for a copy on Board Game Geek or eBay. But if you have the time and space, give this game a try. I haven’t played it, but I have played some OCS titles, and loved every minute. The game also has a VASSAL module, and thus, can be played online.

I really like the Lock N’ Load series. You get a simpler game than Advanced Squad Leader that’s playable in a few hours and it plays very close to what I’d expect for a squad-level game. And Heroes in Defiance is no exception. I’ve played the computer version of this, but you get the same experience there that you would in the board game, and I’ve had a challenging game in the three scenarios I have played thus far. Every scenario was down to the wire and had me engaged to the end. The production values are glorious, and the best part, it’s a core game, so you don’t need to hunt down any additional games if you don’t want to (trust me, you want to). For a simple game, it gets the period flavor and tactics right and does it with a simple and intuitive system. In short, if you’re not giving this a try, you’re missing out. The game is available through Lock N’ Load Publishing, or can be found on Board Game Geek.

GMT’s entry into the fray has been out of print for several years. This is unfortunate, as it appears to be far more manageable than MMP’s The Blitzkrieg Option. I personally think out of the two, if I wanted to play the entire campaign, I’d probably want this one, and just play MMP for the smaller scenarios. The game has two games in one - one on Guderian’s drive to the English Channel and the other being the British defense and withdrawal from the Dunkirk perimeter. A small flaw is that while you can link the maps, there’s no combined scenario, but I suppose you could come up with that yourself. The big issue? The game is not cheap to procure a copy of as it’s out of print. But there is a VASSAL module available if you manage to find a copy of the game!

There are a lot more games out there about the 1940 French campaign, but the fact is, most of them, as I said, concentrate on the tactical level of the campaign as I feel there’s still a sense that, at the operational and strategic levels, the Allies can’t win. I disagree, and so does recent scholarship. I think the average wargamer isn’t going to make the same mistakes the French high command made in 1940, and a well-written game on these topics would be a lot more challenging than people realize. Again, I put it out there to the game companies. There’s tons of books out there, so why not use them?

As always, Good Gaming, Everyone!

This is the book to get on the campaign. I am working my way through it and Mr. Frieser makes a good case for his premise that the German victory was not inevitable. That the German victory was as much luck, fog of war, and friction playing a big role. Many German generals weren’t sure the thrust through the Ardennes was going to work as well as it did, and there were as many reasons on why it should not have worked. It also addresses many of the myths about Blitzkrieg and in my mind, is a great historical study of the campaign.

I’ve reviewed this book, and it should be read in conjunction with The Blitzkrieg Legend, it does a very good job of stating that the French Army and her soldiers did not fail France in the end, it was her generals and her politicians who lost their nerve in the final three weeks of the campaign when options to continue resistance were still available.

I am also working my way through this book and he also attacks the idea that a decadent France that was not prepared for war with Germany was the reason France well. He supports the case made by the book Case Red on a more detailed level, that the military and political leaders abandoned France to her fate through indecision and in some cases, outright betrayal. The book makes an excellent case for this, and I am impressed by its scholarship thus far.