Why Historical Games Should Look Beyond WWII When it comes to historical war shooters, developers certainly love World War II. This is apparent when you take a look at even war shooters from just the past few years, with titles such as Battlefield V, Call of Duty WW2, Vanguard, the upcoming release of Company of Heroes 3, and even indie titles like Hell Let Loose.

But there’s a point where we must ask, “is it all too much?” Should devs start to look beyond the Second World War, and begin exploring less covered eras of world history to help diversify the gaming landscape and allow other moments in time to shine? It’s a difficult question to answer, considering how impactful World War II has been on the modern world, but there is merit to stepping beyond the global conflict. As big of a world event as it was, we need to acknowledge that World War II was still just a very small part of world history in the grand scheme of everything. Even just looking as far as American history, so many other massive events took place over the past 200-plus years. If we want video games to be a medium that allows users to experience history second-hand, then we need to broaden our scope and consider creating immersive experiences around historical events and time periods that haven’t had as much time in the spotlight!

We’ve had just a sampling of some other recent wars like the Iraq War in the Modern Warfare games and the Cold War in the Call of Duty: Black Ops titles, and even the first World War occasionally, with Battlefield 1 as a great example. But even then, we’re missing out on historical events like the Second Congo War, the Russian Civil War, the Chinese Civil War, and even campaigns that took part long before gunpowder was introduced to the battlefield.

Just because a conflict doesn’t have the narrative appeal and breadth of World War II doesn’t mean it isn’t worth molding into an authentic, interactive experience.

There Are Other Great Stories Waiting to be Told 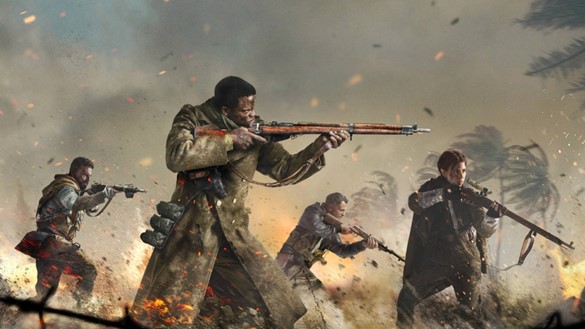 Finally, perhaps the biggest reason to look beyond World War II video games is that many great war stories are just waiting to be told. With thousands of years of human history and countless records from past wars, there are many different tales worthy of exploring through the gaming medium.

By focusing so hard on one war, the gaming industry is effectively neglecting and ignoring other periods that deserve to be experienced by gamers. This isn’t to say that World War II video games should stop being made entirely, but simply that maybe developers could reallocate some of their resources to other projects that feature different eras of world history to give players a more diverse gaming landscape.