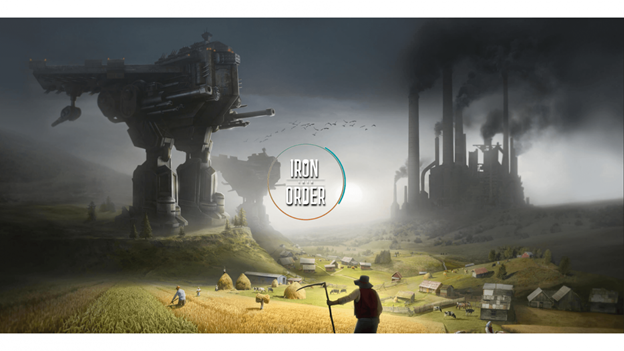 Iron Order 1919, a PvP focused strategy game developed by Bytro Labs, officially released earlier this month. The real-time multiplayer title takes place in The Great War era. The twist is that it focuses on a new alternative world within the historical era, with futuristic mechs and weaponry. These towering war machines roam the battlefield clad in thick armor, wielding a new mighty firepower unlike anything seen before. Soldiers become more like bystanders in a war that will be decided by both man and machine.

A Mechanized Future Set in the Great War

With the emergnce of these mechs, altered country borders, names, governments, and an alternate history set the massive scope of Iron Order 1919. Bytro has made similar titles like Call of War: World War II and Supremacy 1914, which explore similar history in the first two World Wars. However, this title takes Bytro’s long-term strategy genre to a whole new level.

Nations will be strongly inspired by the actual nations in Europe and around the world. Some will have distinct differences such as different forms of government or ideologies, as well as drastic changes to their borders. Massive units like the giant walking airfield or flying fortresses, or those serve as airborne artillery, promise a World War I experience unlike any other. Iron Order 1919 proves to bring a promising take on the First Great War. It brings a flair with its use of mechs, pulling away from the usual soldier with a new focus.

A Fresh New Take on Histor

Players old and new familiarized with this real-time strategy multiplayer genre of gaming can look forward to what’s coming with this title. Iron Order 1919 takes an unexpected mix of the past and future and combines them to explore the grim but captivating setting it provides. Through the following weeks, new mechanics, units, features, and maps will come out. This title and ample amount of content continues to expand upon what makes historical strategy games fun, truly producing a fresh experience amongst its new take on a highly covered war in gaming.