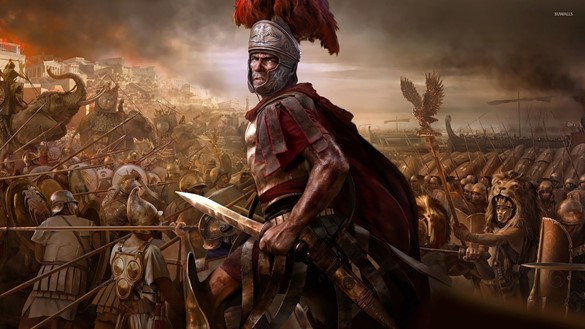 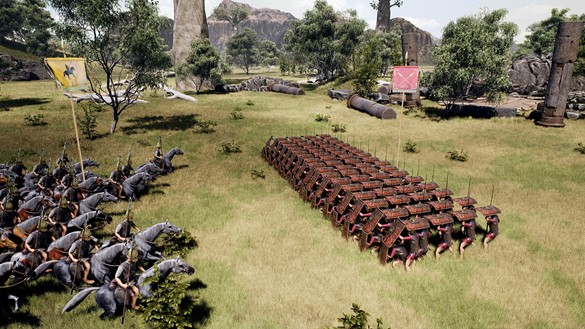 Stepping into the shoes of a Roman emperor, the player will command their soldiers and face off against enemy armies in real-time strategy battles. As usual with these types of games, players will be able to strategically command entire armies’ worth of soldiers and make tactical advances on enemy units. Like other RTS games, battles play out in real-time, forcing players to constantly be on their toes and anticipate their enemies’ next move. 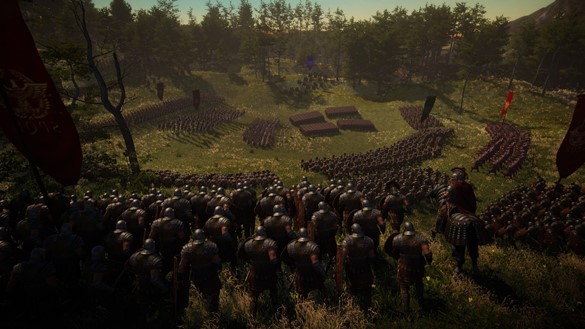 The game features a variety of different maps for players to battle across, including Carthage, Cappadocia, Noricum, Magna Germania, Gallia Transalpina, Britannia, and Aegyptus. Each map differs from one another, with Noricum and Carthage featuring greenery and nature, Gallia Transalpina being a frozen wasteland, and Aegyptus looking to be a sandy desert-like area. This variety in locations certainly looks like it’ll add some variety to the gameplay and make Roman Empire Wars a more rounded experience for players.

The game is also pretty great in the visuals department as well; featuring beautiful scenery and highly detailed 3D player models, Roman Empire Wars features graphics that are comparable to many AAA games in the same genre. If you’re looking for a new RTS that offers solid gameplay and graphics, then Roman Empire Wars may be a good choice. Roman Empire Wars is developed and self-published by Emperor Games and is the studios first title. The game does not yet have a release date set, and may not release until 2022 or even later. However, gamers can visit the title’s Steam page and wishlist it now. Stay tuned for more news and details about Roman Empire Wars.