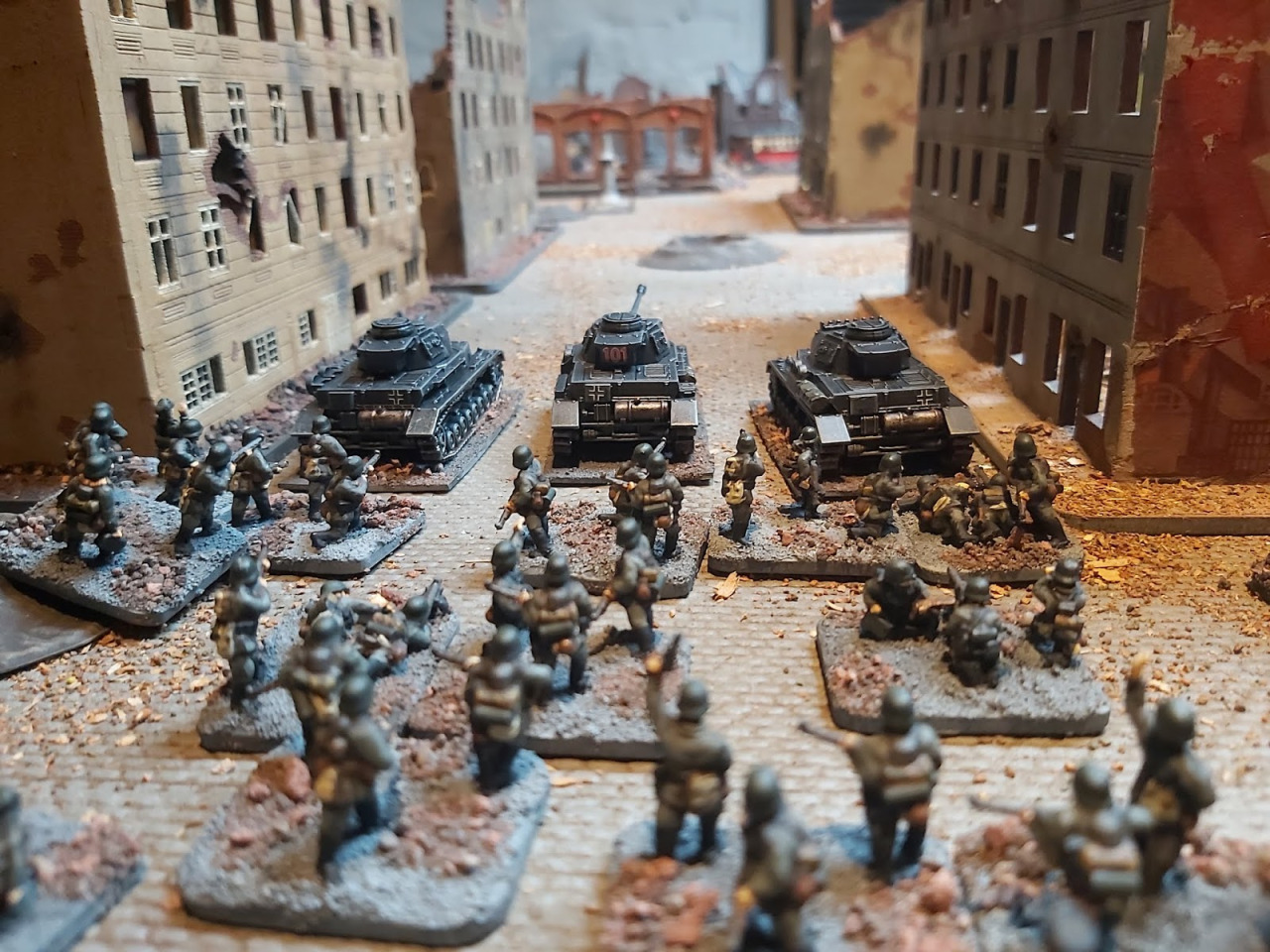 We have a certain view of urban combat. One of gritty close quarters, no-mercy, warfare with snipers at every turn, and every building a veritable fortress. War in such built-up areas has long been a nightmare, but it wasn’t a fixture of warfare until the last century, at least not in the severity and seriousness one sees in more recent times. Cities are being increasingly fought over now, as the urban population on the planet explodes, and the concept of “three-block war” is becoming more, not less common. But, like anything in history, there have been exceptions. See Tenochtitlan in 1521, Monterrey in 1846, or Fredericksburg in 1862. It’s just it wasn’t very common. Now, not it’s almost uncommon for cities not to be battlegrounds.

But to a wargamer, urban combat provides many of the same difficulties one finds in reality. So how does your average wargamer a) take a building away from a determined enemy and b) hold said building against said determined enemy? There are lots of ways, I don’t know them all, but I am going to share as many as I can with you, with the help of Osprey’s Elite Vol. 168 World War II Street Fighting Tactics and Stephen Bull’s “Second World War Infantry Tactics,” as well as some other online resources. So, let’s get started.

The Urban Jungle and You, A Bit of History

Urban combat is one of the nastiest forms of combat there is. Many armies are more than satisfied to bypass a city and leave the defenders to die on the vine. And there’s a good reason. Cities are three-dimensional.

Ask the Russians in Grozny in 1995 during the First Chechen War. The Russian Army used textbook Soviet tactics of making “thunder runs” into a city to seize key points and then reduce the city’s defenders into smaller and more manageable pockets. It’s a technique that worked for them in World War II. The problem was, many of the Chechen defenders were Soviet army veterans and thus, knew the playbook. The Chechens sucked the Russians deep into Grozny, where their supporting air and artillery could not help them. The next step was to lure the Russians into blind alleys and other places where they could be easily boxed in, and then the killing began. Chechen guerillas sniped tanks from rooftops and upper floors with RPGs at close range. The Russian infantry was pinned down with automatic weapons fire from above, and the Russians were caught in the street below, with no cover or place to run. The Chechens then used the sewers to move between the various kill zones. By the time it was all over? 400 Russian AFVs had been lost, and Russian morale hit a nadir. The Russians took two months to finally force the Chechens out of Grozny, despite outnumbering them 5-1.

So, yes, a city is a dangerous place for any army. Rates of advance when it’s done right will be slow and costly, and you’ll probably need tons of direct firepower to smash an enemy position to the point where you can assault it. Or, at the very least, engineers to pave the way?

So, what are the things to keep in mind when wargaming in an urban environment?

What About Defending a Building?

Historical wargaming in an urban environment is a fun and interesting wargame challenge, but remember, it’s going to be rough on both sides. I’ve run and played a lot of urban games, and the number one thing that defeats players in such games? Their own “wargamer morale.” Or as one of the rules of Murphy’s Law of Combat once put it? “When both sides are convinced they are losing, they are both right.” Always have what some professionals call a GOTH (Go To Hell) plan or a plan for when all your other plans fail. It need not be complicated, but as a wargamer, I will admit I’ve reached for it when my other plans went awry more than once.